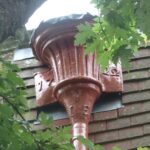 , Sara, Sue, Vivienne, Glynis and Wendy walked in Lymington to learn about its varied past. Initially a Saxon settlement but gained its prosperity through the manufacture of sea salt. This ended in the mid 1800’s with cheaper transport of salt from the Cheshire mines.
William de Redvers, Lord of the Manor, granted the town a charter between 1190 and 1200 giving it a right to hold a weekly market which continues today.
A notable person of Lymington was Admiral Arthur Philip who became the first Governor of New South Wales and is considered to be the founder of modern Australia. He sailed with the first fleet conveying convicts and settlers to the proposed British Penal Colony which later became Sydney.
Many other interesting facts and buildings came to light on this walk. 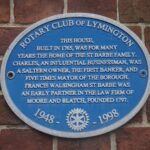 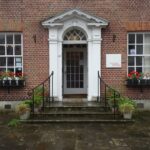 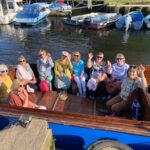 Camera club in a prairie garden 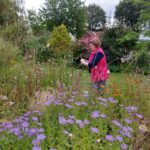